Avoiding, recycling and disposing of waste – A tour of the Kempten waste-to-energy plant

Kempton-based ZAK Energie GmbH is a wholly owned subsidiary of the Kempten Association for Waste Management, a private company which operates thermal power plants and handles the thermal energy recovery of waste and scrap wood. The thermal energy generated supplies over 20,000 households with electricity and over 17,000 homes with heat via a 45-kilometre long district heating network. Constructed and put into operation in the mid 1970s, the waste-to-energy plant was expanded in the 1980s and comprehensively modernised in the mid-1990s. It consists of two incinerators with cogeneration, a waste wood and a waste-to-energy plant. The two electricity generators convert the energy into 10 MW of electrical power, generating 57.6 million kWh when operated for 8000 hours per year.

// IN THE DUSTIER AREAS OF THE PLANT, YOUR VOICE REALLY SUFFERS WITHOUT A TOUR GUIDE SYSTEM

Free guided tours have been offered since 1996. Up to 70 guided tours with 5 to 40 people are organised every year. Visitors are shown around the entire plant and even several hazardous areas where there are high temperatures, there is a danger of falling or where the floor is slippery. The guided tours, each lasting up to two hours, are therefore only offered to young people aged 10 or older. Some 60% of the visitors are schoolchildren, most of whom come as part of Environmental Week. ZAK Energie GmbH promotes education and bears 100% of the children’s travel costs. Other interested parties comes from vocational colleges or from various societies or associations, students and engineers, or come from abroad to view the plant and its operation.

I’d really prefer not to hand back the system. Standing 50 to 60 m apart is no longer a problem.

// “I’D REALLY PREFER NOT TO HAND BACK THE SYSTEM.”

The company had its own tour guide system for the first 4 years. However, it was prone to malfunctioning and was therefore no longer used. “Your voice then really suffered, particularly in the dustier parts of the plant,” explains Thomas Settele, who is responsible for PR and is Head of Guided Tours. The issue was addressed again in 2016. After doing some online research, Mr Settele came across our website. Following a discussion with one of our sales representatives, Mr Settele and the Managing Director immediately tested our TOM-Audio TG-100 in the plant. “I tested it with my boss – even in places where you stand furthest apart. Standing 50 to 60 metres apart is no longer a problem.” So far we have had no trouble handling the system. Our TOM-Audio TG-100 is small, lightweight, sturdy and does not even present a problem for children’s hands. Following a recommendation, a SyncKit SK-100 has now also been ordered. This makes grouping easier in that the receivers can be inserted into the charging slots in the bag along with the SyncKit set to the required transmitter channel so that all receivers are automatically tuned to the SyncKit’s channel. 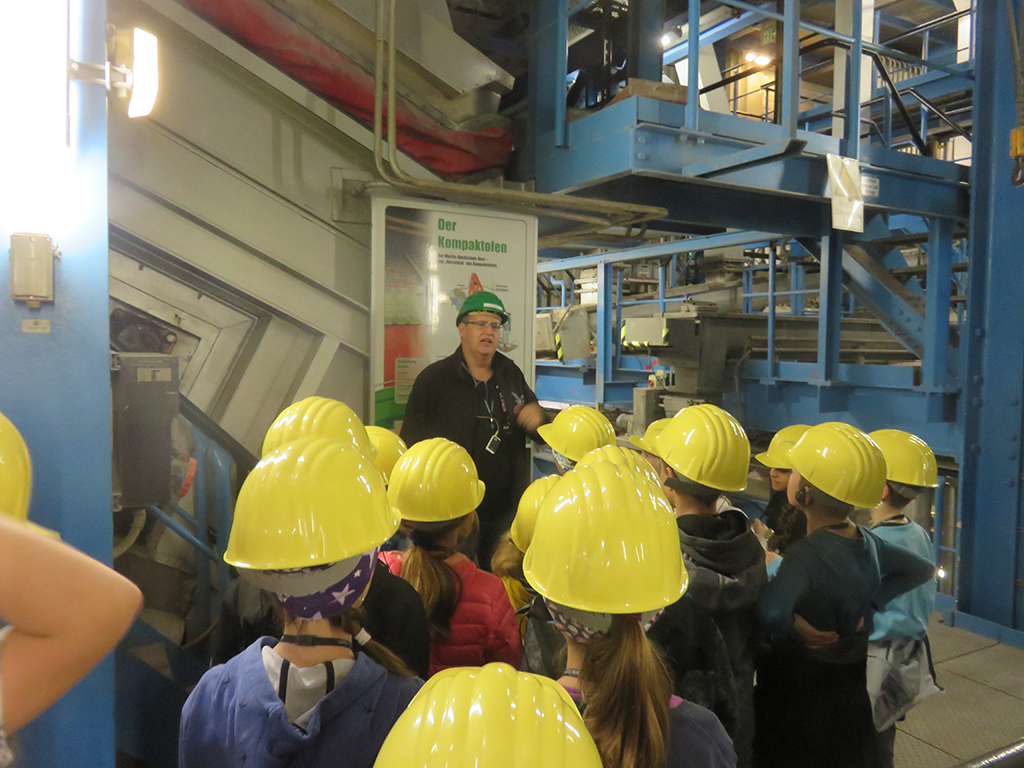 We are pleased to have found a quick and simple solution for ZAK Energie GmbH.